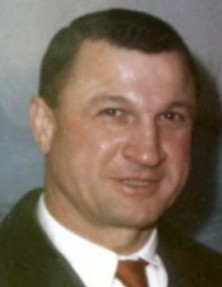 Ralph A. Warburton, a member of the United States hockey team who competed in the 1948 Winter Olympics, went on to play professional hockey, then built a career as an investment advisor , died on December 25 peacefully in his sleep. He was two weeks away from his 98th birthday.

Born in Cranston, he was one of eight children of the late William R. and Mary C. (Appleton) Warburton. He grew up in Edgewood and graduated in 1941 from La Salle Academy, where he was an All-State hockey player. After graduating from high school, he served in the Navy during World War II. In 1947, Warburton graduated from Dartmouth College, where he captained a powerful hockey team. As the team’s right-winger, he helped Dartmouth achieve a 46-game unbeaten streak. In their final semester at Dartmouth, the team won the Ivy League Championship and, as Warburton would relate, “we were the unofficial national champions that year as well. We beat Michigan, Colorado and California that year and played the University of Toronto from the Thompson Trophy at the Rhode Island Auditorium in Providence for the North American Championship. The game was tied 2-2 but could not be finished because the ice became too soft.

In Dartmouth, Warburton also played college baseball, was elected to the Dragon Society and to the Green Key Student Government. He was also a member of the Phi Gamma Delta fraternity. After obtaining his bachelor’s degree, he continued his studies at the Tuck School of Business.

In 1948, Warburton was captain of the US hockey team at the St. Moritz Olympics, one of four Dartmouth players to play on that team. The US team were upset by Switzerland 5-4 in the opener, but Warburton scored a hat trick in a heroic attempt to win the game – scoring three goals in the 3rd period. He was the first RI hockey player to compete in the Olympics.

He then played professional hockey for the next three years in Milwaukee, Wisconsin, where he met his 58-year-old wife, the former Rosemary A. Humer who died in 2009.

In 1951, Warburton handed over his skates for a job in the investment industry in Providence. He worked for 25 years at Merrill Lynch and will end his 47 year career as Vice President at PaineWebber.

Warburton kept hockey close to his heart long after he left the sport. He loved to coach youth hockey at the Meehan Auditorium and over the years he has officiated many college hockey games. He was president of the National Association of Ice Hockey Officials from 1965 to 1967 and was also president of the local here. In 1967 he was inducted into the Rhode Island Heritage Hall of Fame.

Warburton was a past president of the Dartmouth Club of Rhode Island, served on the board of directors of Vocational Resources, and was a former member of Ocean Tides. He carried out investment missions for the Roman Catholic Diocese of Providence and served on budget committees for Centraide.

Warburton is survived by his daughter, Martha W. Brough, of Exeter, and two grandchildren, Kyle J. Brough and Jacquelyn A. Cavaco, as well as her husband, Matthew, and a great-grandson, Cal- lan. In addition to his wife, he was predeceased by his son, Paul R. Warburton, and brothers, William, James and Leo Warburton, and four sisters, Ruth McEntee, Rita Veech, Anna Reynolds and Hope Warburton, a sister of Mercy .

Call hours will be on Wednesday, December 29 from 4 p.m. to 6 p.m. at Avery-Storti Funeral Home, 88 Columbia Street, Wakefield.

A Christian funeral mass will be celebrated on Thursday, December 30 at 9 a.m. at St. Francis of Assisi Church, 114 High Street, Wakefield.

Masks and social distancing are mandatory.

Interment will be private.

In lieu of flowers, contributions can be made to South County Hospital.

Failure to plan your taxes could mean planning for retirement failure